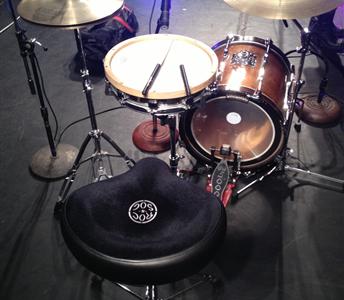 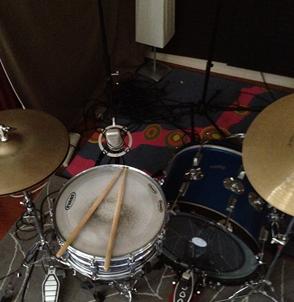 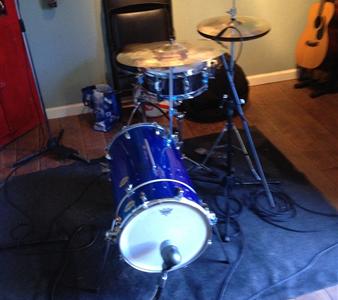 I call myself the laziest drummer in the world, but in all honesty I really am not. The reason I say this is because this is my favorite size drum kit to play: bass drum, snare, hi-hat, and one cymbal.. I call it 'The Truth'

How did I arrive at this simple and seemingly lazy set up?

As a young drummer, I went through the classic ever-expanding=drum-set trajectory, starting out with a four-piece Pearl Fiberglass set with one cymbal and a hi-hat. That quickly became two cymbals and a couple of Maxwin concert toms to bring the drum count up to six. But that wasn't enough!

My next kit was a Tama Imperialstar five-piece, the same as Stewie played. So, with the concert toms still in play, that was a mighty seven-piece set of drums. To that I added splash cymbals and a china type. That lasted me for quite some time.

In my early twenties I decided it was time to go the full Bozzio. I got myself a Remo Mastertouch, two bass drums, three hanging toms, two floors and, of course, a couple of chinas.

I gigged that kit ONCE! It was too much. Not only was it a lot to set up, but it also clouded my playing. As I had so much stuff in front of me, I felt like I needed to hit them all constantly!

From that moment on I went back down to a four-piece and that stood me in good stead for the next 14 years.

Gradually I went down to a three-piece (ditching the hanging tom) and only using one cymbal as a crash/ride along with my hi-hat.

Now I love to play this kit.  Not only can I get from the truck to the stage in one trip, but, more importantly, my playing has opened up a great deal. Simplicity is the key and most of the folks I play with are amazed at the diversity of sound I can get with such a small kit. If you ask me to play a gig for you, I might ask if I need to bring any toms!